The introduction of an urban beach to the Quai de l’Horloge is an ideal addition to the recreational and cultural redevelopment of Montreal’s Old Port. A stroll along the quay opens a stunning panorama to the visitor: the mighty St. Lawrence River, the impressive Jacques Cartier Bridge towering over Île Sainte-Hélène, Calder’s iconic sculpture, and picturesque Old Montreal as a backdrop to it all.

Our project consists of two closely-linked components. The first is the creation of an urban beach at the Pointe de l’Horloge, with its elegant clock tower built in 1921, and along the lower quay bordering the marina. A huge stairway-ramp makes this convivial venue accessible to all, offering a new and novel approach to city living. Beach umbrellas and weeping willows, brightly coloured chairs and fixtures, showers and mist stations, a boardwalk, silky sand, and a refreshment stand all combine to offer visitors a few moments of sheer idleness in a breathtaking setting.

The second component is the parking area, clearly defined by rows of trees that reproduces the triangular layout of the quay. Fed by surface water run-off, the larches, willows, shrub beds, and perennials add cool green ambiance to the space. At the far west end of the site, shooting up from a mound around which a roundabout loops, hundreds of sticks in three shades of blue generate an intriguing pixilation effect. This “porcupine” installation revives a conceptual element emblematic of the firm. And, as an imaginative visual touch, large white thermoplastic dots align to denote each parking spot.

The project, massive yet delightfully simple, extends and intensifies the idea driving the master plan of the Old Port of Montreal to create a “window on the river” by summoning Montrealers and visitors alike to come and enjoy this exceptional site and its atmosphere of leisure and liveliness, recreation and relaxation. 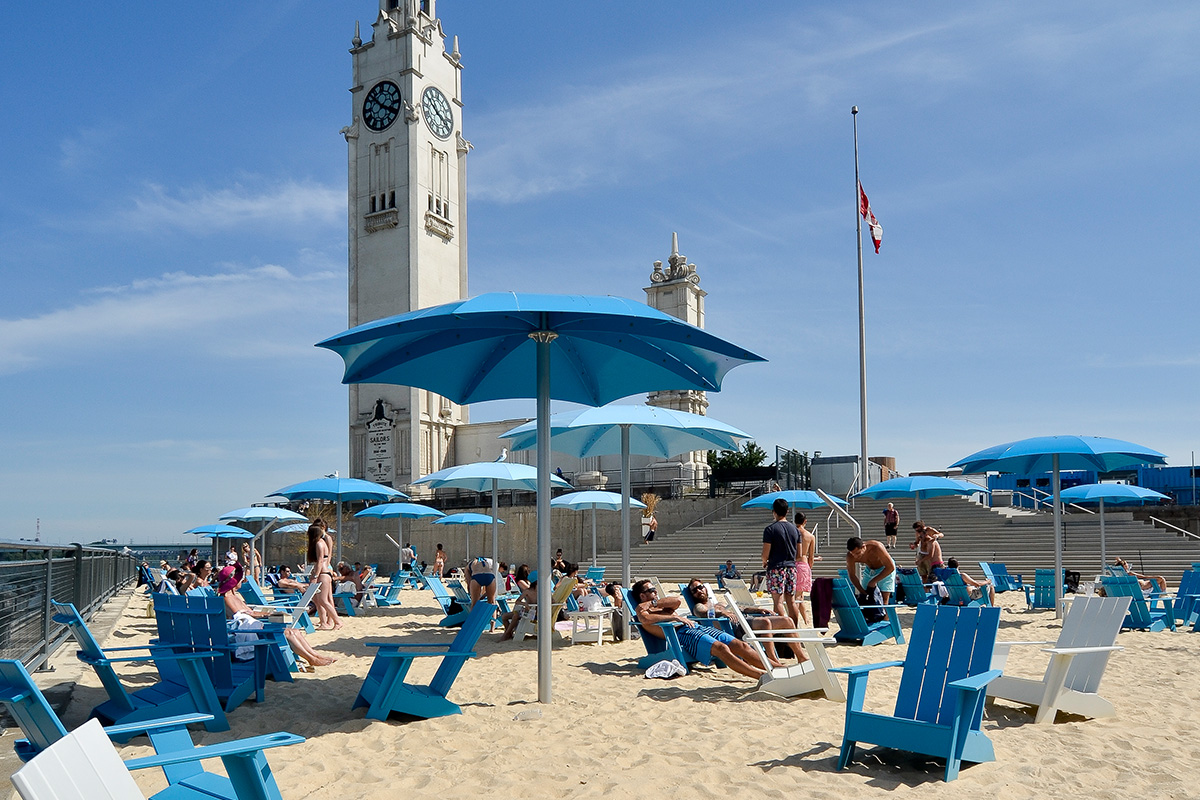