The Leslie Lookout Park is located at the east end of the Ship Channel in the Toronto Port Lands. Before the Port Lands was created over a century ago through the infilling of Ashbridge Bay, the site of the Leslie Slip Lookout had been a barrier beach sandbar that protected the marsh at the end of the current Don River. The proposed public space re-establishes some of the material qualities from this lost landscape, configured to appeal to the human scale and senses.

The planting strategy for the Leslie Lookout Park draws from the robust successional vegetation observed throughout the Port Lands. A forested dune fringe on the east side of the park provides a stepping stone that links the emerging ecologies of Tommy Thompson Park with the future Leslie Street Green Portal, and a tree canopy that buffers the park from dust and noise coming from adjacent industrial activities.

The balance of open spaces proposed for the Leslie Lookout Park creates a place of flexibility with universal appeal: a west-facing beach that optimizes the experience of the late afternoon sun; perched dunes with a long view over the slip, and a hierarchy of paths that culminate at the beach on the water’s edge. A place of comfort and surprising vitality, the allure of the Leslie Lookout Park will position this far-off site into the public imagination as a distinct landmark within one of the Toronto’s most curious landscapes. Photo, Under Construction, 2022 - The Cannington Group 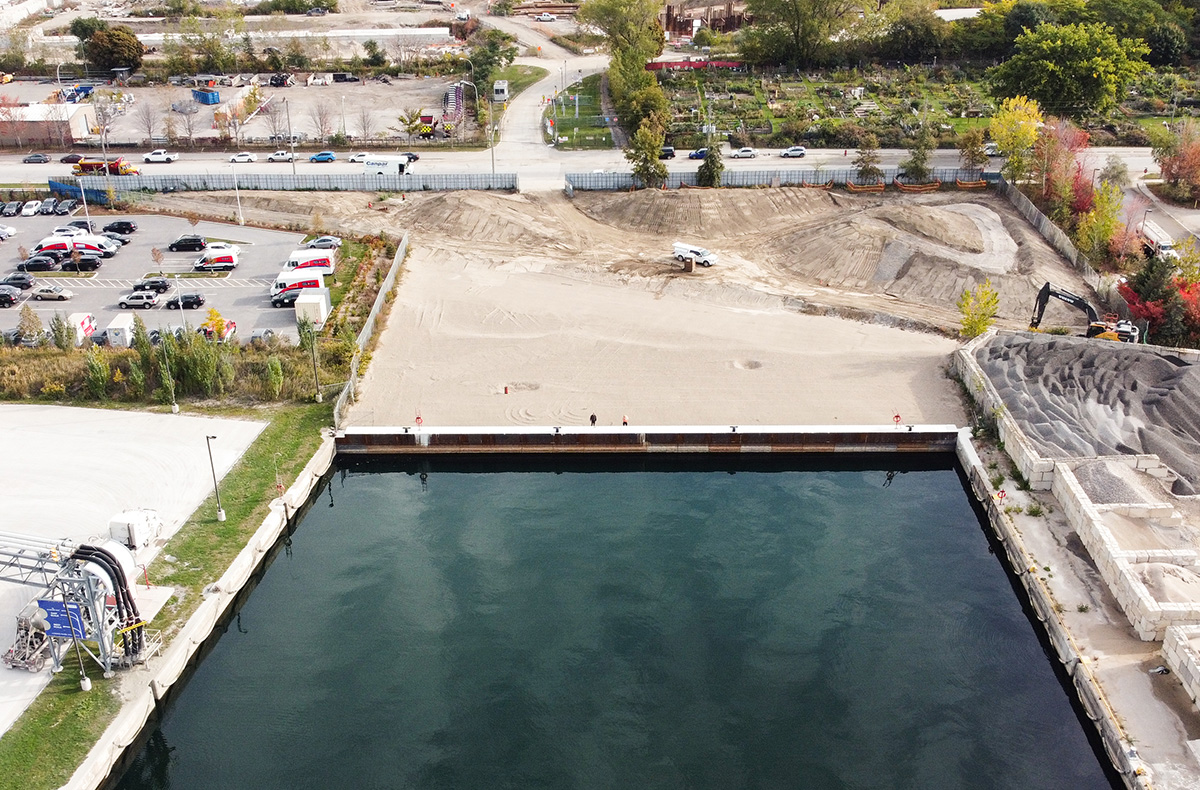